“God’s Rat” and Other Poems 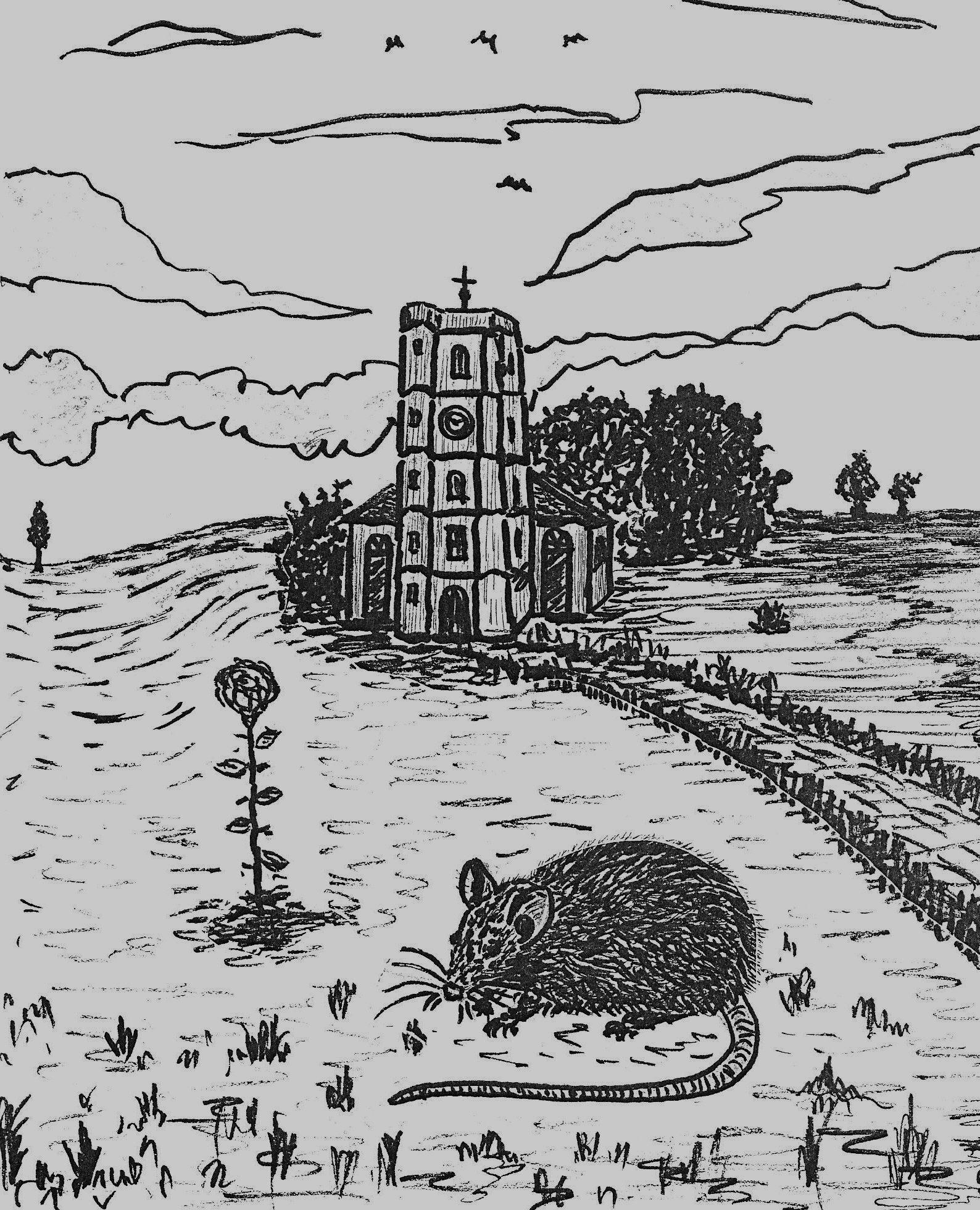 Not so poor as a church mouse,
though possessing not one house.
Rather richer than most men,
for he can give more than them.
In fact, well-contented, fat,
like the best cathedral rat,
now starts bargaining with God.
Gets away with your salvation,
in return for… cancellation!

* Danish: Poor as a church mouse)

To All Those Who Were There

Departure was sadder than expected.
We had only been together for days:
yet the stillness of the landscapes,
the silence of the snow, the dormant
creeks of ice, the trees like phantom
armies, the fires-of-the-fox that lit
the skies one night… made us listen
for a change in our weary hearts.

Departure, much sadder than expected.
Now having to return to another world,
as if reluctantly awaking from a dream,
trying to postpone the actual lifting
of eyelids that were happier elsewhere.
And now the only remedy are memories,
of a joke, someone’s laughter, a smile,
of a sentence that struck a deep chord.

On mornings like this one,
I long to come and drink,
from lips that are not mine,
the morning dew, and then
– myself a dew by now –
in tepid morning rays,
to slowly waft away…

HELSINKI, THROUGH THE BLIND VENETIAN

We visit cathedrals of granite and silence.
Icebreakers, compliant, display all their might.
Unlikely a hospital that saw your son’s birth.
Majestic buildings imported from times far away,
other countries, perhaps from another dimensions.

Worshippers wonder at importune appearances.
On the snowy steps, afterwards, a lingering smell
of incense, of other cathedrals and snows.
Too early a jazz club, deserted, your absent friend
who plays in the band, a chain we have to replace.

The northern lights – revontulet – obliging,
repeat their encore performance, in the private
skies of your house. (You must have arranged it…)
Have I been dreaming, sleep-walking, or glancing
– blind – through the blind?

At five-to-one a.m. the geese are landing noisily.
Trying to imagine who is lulling you to sleep,
I feel I should be awake and watching over you.
Then I fly over, furtively, skimming the North Sea
with icy feathers, avoiding detection by the enemy.
Finding that West Jutland sleeps tranquil in the snows,
a swift return to base, my mission well accomplished.

“Too little / has been said / of the door …”
Charles Tomlinson, “The Door”

Charles, I’m quite in agreement with you:
not enough has been said about doors,
and even much less has been written.

Yet it is, after all, through doors
that we come and go every day;
we continually arrive and depart;
in’n’out, on’n’off, Enter and Exeunt.

Worst of all – shutting – they shatter
our weary hearts into smithereens!